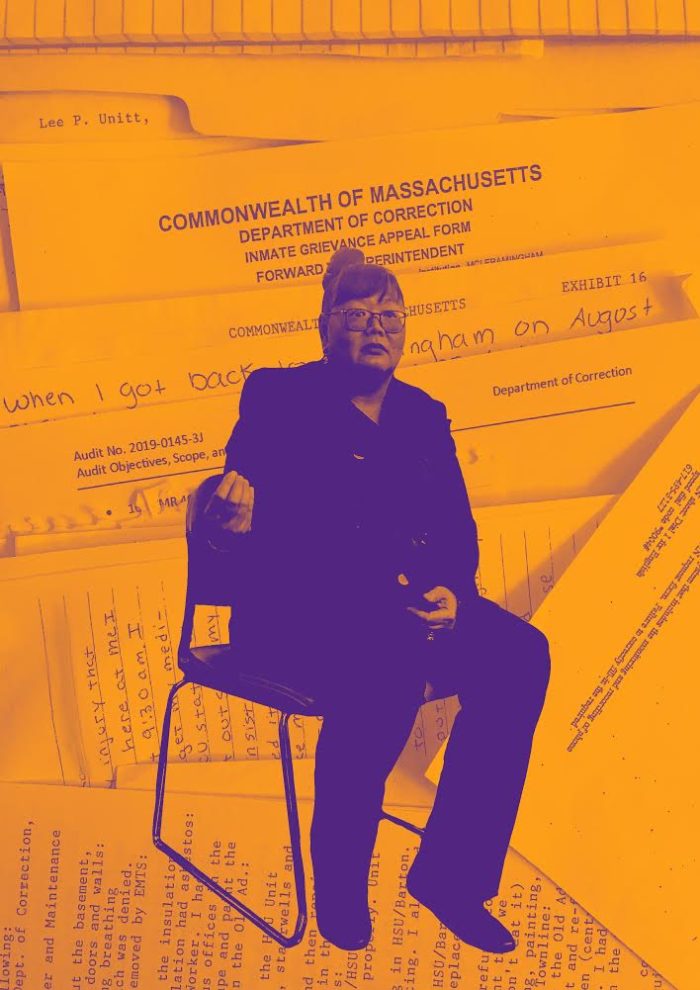 This article is the first in a series on conditions and activism at MCI-Framingham that will be published by the Boston Institute for Nonprofit Journalism throughout 2021.

On a particularly warm day in April 2019, Lee Peck Unitt wrapped a six-year-long sentence at the oldest women’s prison in the country. With the trunk of her son’s car teeming with Bankers Boxes full of affidavits, she made her way home to Methuen, Massachusetts, with a mission.

The affidavits—sworn statements of truth or, as Ms. Lee calls them, stories—are cries for help from the women still waiting behind the walls of the Massachusetts Correctional Institution-Framingham.

Not all stories made it out, she says.

Four years before her release, Ms. Lee found three of her boxes lying empty outside the double doors of the medical unit at the state prison. She believes they were ransacked by corrections officials in an attempt to silence her.

Originally from Malaysia, Ms. Lee has been a permanent US resident for 33 years. She wears her hair in a high bun, with dark straight bangs cutting just above her horn-rimmed glasses. Behind them, the expression in her eyes is dignified and angry as she speaks about how strenuous gathering and retaining physical evidence of her allegations against the prison had been.

In her measured voice, Ms. Lee told us that the emptied boxes had contained meticulous accounts of how incarcerated women described life inside the state prison. The accounts included unanswered pleas for medical care, appeals challenging disciplinary sanctions imposed by prison authorities, and reports of harassment, negligence, and unsafe living conditions at the corrections facility.