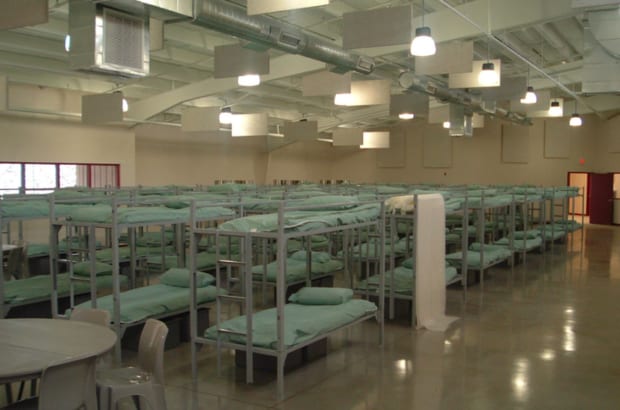 ATTORNEY GENERAL Maura Healey, in the wake of a report by her office on a May 1 confrontation at the Bristol County Jail, is seeking to prohibit Sheriff Thomas Hodgson from using his facility to detain immigrants for the federal government.

Healey, whose office found the civil rights of detainees were violated during the May 1 incident, urged the Department of Homeland Security to terminate both of its immigrant detention agreements with the sheriff’s office and recommended that the Massachusetts Legislature pass laws terminating Hodgson’s authority to enter into such agreements in the future.

Hodgson, a Republican who headed President Trump’s campaign in Massachusetts, issued a statement saying the Healey report was “littered with baseless allegations and assumptions, and was clearly written and released to advance her long-documented anti-ICE, pro-illegal immigrant political agenda.”

“The corrections teams at the Bristol County Sheriff’s Office risked their lives to quell a violent altercation with criminal illegal aliens on May 1 and did so with the upmost professionalism. We stand by the response to the incident, and look forward to the results of the truly independent investigation currently being worked on by the Department of Homeland Security’s Office of the Inspector General.”

Hodgson promised to meet in-person with reporters to answer questions on Wednesday.