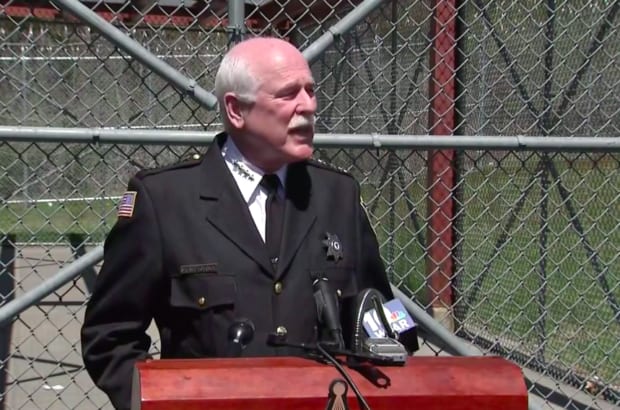 ATTORNEY GENERAL Maura Healey issued a report on Tuesday concluding that the Bristol County Sheriff’s Office violated the civil rights of immigrant detainees on May 1 when it engaged in an “unnecessary use of force” that left three of the detainees hospitalized and several others in solitary confinement when they should have received medical treatment.

The incident, involving immigrants detained by Immigration and Customs Enforcement at the Bristol County Jail, received national attention because Sheriff Thomas Hodgson himself confronted a group of detainees who were experiencing COVID-19 symptoms but refusing to be tested. Hodgson claimed the detainees barricaded themselves in the unit, “ripping out washing machines and pipes off the wall, causing $25,000 worth of damage.”

Healey’s civil rights division released a report Tuesday on a six-month investigation of the incident that relied on video footage, medical records, recorded calls, and interviews of detainees, correctional officers, and health staff at the jail. The report found the sheriff’s office used “excessive force” against the detainees and acted “with deliberate indifference to a substantial risk of serious injury or harm to the detainees and their health.” The report also found the sheriff’s office violated its own rules covering the use of force, canines, and restraint equipment. The report said detainees were exposed to large amounts of pepper spray, which exacerbated medical issues of prisoners with serious pulmonary conditions, some of whom were later denied adequate medical care.