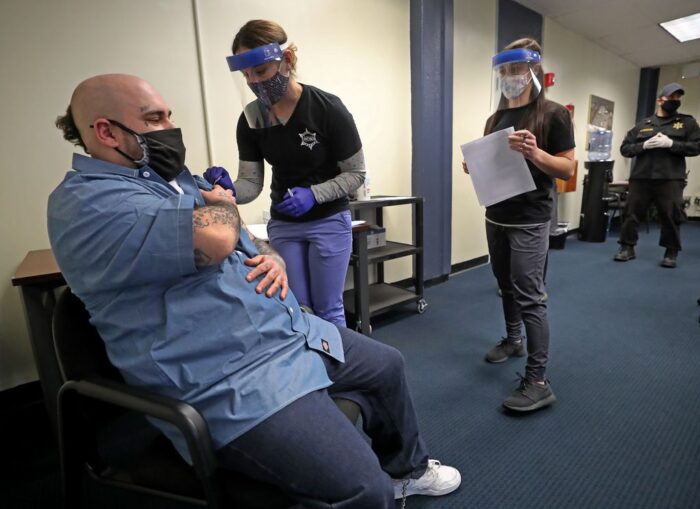 PRISON, JAIL INMATES ARE STARTING TO RECEIVE COVID-19 VACCINES. SOME ARE PASSING ON THE OFFER

In several county jails across the state, only a small sliver of inmates and workers eligible for a voluntary vaccination have acted on the opportunity, with some expressing trepidation about the vaccine.

In Bristol County, about 9 percent of the approximately 700 prisoners and immigration detainees had volunteered to be vaccinated as of Thursday, when the sheriff’s office began administering doses to inmates, according to Jonathan Darling, a spokesman. Vaccination distribution began more than a week ago for workers, but only 23 percent of the staff signed up and received shots, he said.

“We’re hoping to see those numbers go up as people get it and report no side effects,” Darling said in an e-mail. “Inmates or staff can refuse it now but accept it later, so we’re thinking that as inmates and staff get it and report they feel fine that more will accept it.”