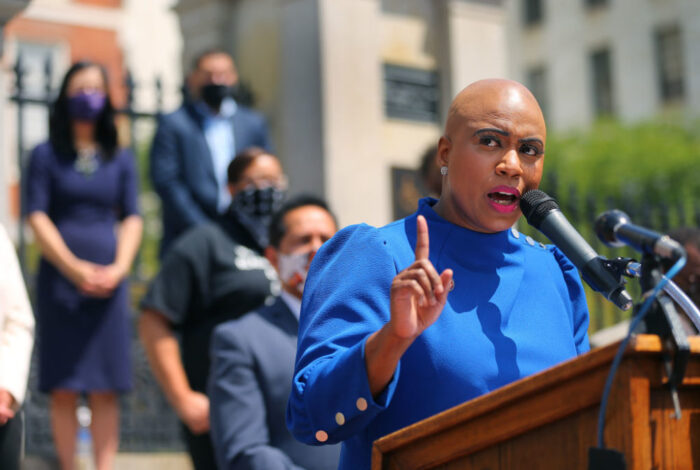 As coronavirus cases continue to spike at Massachusetts prisons and jails, Congresswoman Ayanna Pressley is publicly urging the state to release more incarcerated people in an effort to combat the spread behind bars.

At MCI-Norfolk, a medium security state prison that holds about 1,200 men, more than 150 prisoners are positive, according to attorneys involved in a Department of Corrections court case heard Monday. Two men who were being held there have been hospitalized with the virus, according to the DOC. The department said Tuesday that it did not have updated testing numbers since Friday, when it said that 140 men had tested positive for the virus.

“Public health experts have been demanding the release of prisoners, who cannot socially distance or otherwise protect themselves, since the onset of the pandemic in March,” a statement from Pressley’s office says.

Widespread testing began at MCI-Norfolk two weeks ago, when two men tested positive. The facility holds some of the state’s oldest and most medically vulnerable prisoners.