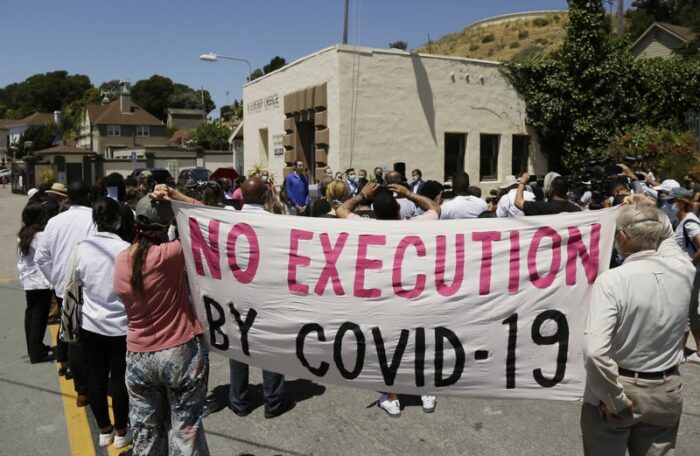 LITTLE ROCK, Ark. (AP) — One in every five state and federal prisoners in the United States has tested positive for the coronavirus, a rate more than four times as high as the general population. In some states, more than half of prisoners have been infected, according to data collected by The Associated Press and The Marshall Project.

As the pandemic enters its 10th month — and as the first Americans begin to receive a long-awaited COVID-19 vaccine — at least 275,000 prisoners have been infected, more than 1,700 have died and the spread of the virus behind bars shows no sign of slowing. New cases in prisons this week reached their highest level since testing began in the spring, far outstripping previous peaks in April and August.

Venters has conducted more than a dozen court-ordered COVID-19 prison inspections around the country. “I still encounter prisons and jails where, when people get sick, not only are they not tested but they don’t receive care. So they get much sicker than need be,” he said.

Now the rollout of vaccines poses difficult decisions for politicians and policymakers. As the virus spreads largely unchecked behind bars, prisoners can’t social distance and are dependent on the state for their safety and well-being.